Thirty years ago, hardly anybody knew about autism. “Rain Man” was one of the first movies to depict autism on screen. On one hand, it contributed greatly to raising people’s awareness of the condition. On the other hand, it also contributed to spreading the false knowledge that all autistic people are somehow savants in one specific area, and behave in a particular way. But as writer Chris Bonnello says, the dilemma is that “no representation of autism is ever going to satisfy everyone, because it’s such a wide spectrum and the people within it are so enormously different to each other, including in how their autism affects them.”

Read article from “The Guardian” here.

Blood and urine test, believed to be first of its kind, could lead to earlier diagnosis of autism spectrum disorders 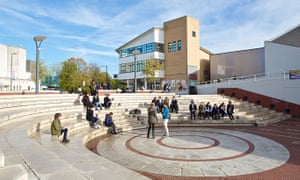 The arrival of Julia is a wonderful thing. Any child who watches her will learn about acceptance and understanding of difference.

Julia will appear on the children’s TV show for the first time in April, to raise awareness and celebrate differences of those who are diagnosed with autism